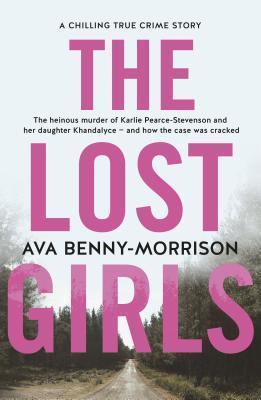 It was a horrible crime and one that I recall reading about from my sick bed after a serious injury. Like many, many people in 2015, I was shocked to see on the news and read in the media about a suitcase that was found, dumped near a highway in a remote part of South Australia that contained the remains of a toddler. As the next few weeks and months played out, like others, I learned that it was part of a double murder, of that of a mother and child, one that had played out in two states and was as senseless as it was horrific. In The Lost Girls Ava Benny-Morrison gives the victims Karlie Pearce-Stevenson and her daughter Khandalyce dignity as she tells the horrific story of their murder, the monster behind it and the police investigation that saw justice served.

There is no getting around it. This is a horrible crime and it was a terrible thing that happened. I rarely read real life crime books like this one because I find the subject matter too horrible. This time around, however, I was a bit too intrigued. Fortunately, the author handles the subject with a genuine sensitivity and respect--both for the mother and daughter--and for their family and friends who are left behind. The book is compelling reading and certainly gives an insight into a police force who never gave up on trying to solve this horrible crime, as well as the effect it had on the people who were left behind.