Review: It's Not About Me by Sally Hetherington 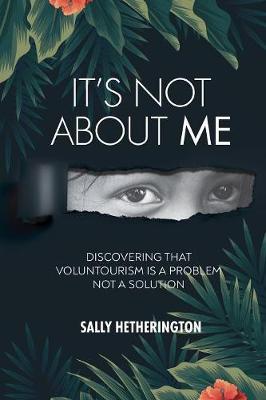 Like a lot of young people, Sally Hetherington wanted to make a difference. And so, at age 25, she bought a one-way ticket to Cambodia, a country that she had previously visited and loved, where she hoped that she could help the locals. What she soon learned, however, was that travelling overseas with good intentions, wasn't enough. Many of the local programmes suffered through disempowered staff and an extremely unhealthy white savour syndrome. And so, Sally found a way to make a real difference--by developing a community centre, The Human and Hope Association, with the locals that could be run by the local people. The goal was to make herself redundant to the programme. And after a few years, during which she got to know many of the local people and to understand the local politics and culture, she did exactly that. It's Not About Me tells the story of her time there.

Reading this book was one heck of an education. I'd always been wary of programmes where Australians volunteer overseas for a brief time, though I had no idea why. Surely helping others is less fortunate is a good thing. This book explains exactly why volunteerism isn't a solution, and why those in third world countries need to be empowered to help themselves. I was also interested to read more about the politics and culture of Cambodia.

Overall, this is an excellent read.

Postscript: Sally Heatherington was awarded an OAM on June 11 for her work with the Human and Hope Association.

If you would like to make a donation to the Human and Hope Association, you can do so here: http://www.humanandhopeassociation.org/donate/

Thank you to the author for my copy of It's Not About Me.