Review: The Survivors by Kate Furnivall 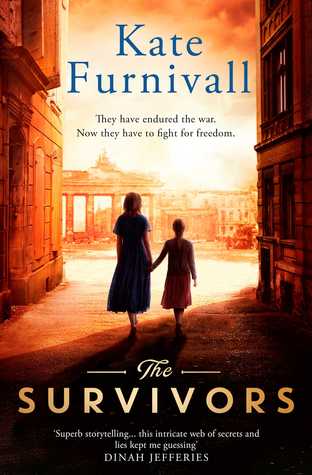 Fans and faithful readers of Kate Furnivall will no doubt rejoice at the release of The Survivors. With a bright and shiny sticker of approval from The Australian Women's Weekly there is no doubt that this author is now considered to be among the top authors of historical women's fiction today.

After losing everything in the Second World War, Polish national Klara Janowska and her daughter Alicja find themselves in a displaced person's camp in a part of Germany that is now controlled by the Allies. Life has been tough, but Klara is determined to put the past behind her. But, while in the camp, Klara sees a man who knows exactly what she did to survive the war and to keep her daughter safe. A deadly game is about to begin and the stakes are so very, very high ...

A displaced persons camp isn't the most comfortable or romantic of settings, but the author does a good job of bringing out the humanity in her characters. The situation between Klara and Oscar makes for a page turning read. I cannot honestly say that I was a fan of the authors writing style, however, which felt a bit simple and a bit stilted in places. Overall though, its an interesting story about a time in history that we often forget Europe directly after the Second World War.

Fans of The Beasts Garden by Kate Forsyth will probably enjoy this one.

Thank you to Simon and Schuster Australia for my review copy.
Kate Furnivall The Survivors