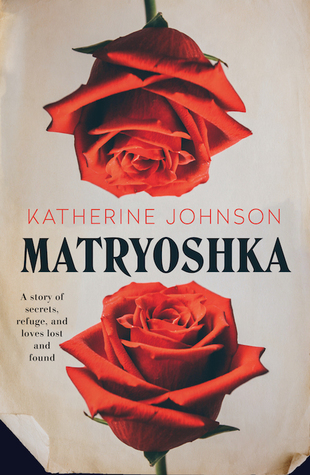 It's a story about Russian Dolls and how they fit together.

Sara Rose is a woman who is grieving for her recently deceased grandmother, who also just happens to be the woman who raised her. Her marriage is at an end, and while she is not yet able to admit that, her soon to be ex-husband is all too eager to move on--with another woman that he has not told Sara about, but who he has already introduced to their daughter. On a whim, Sara decides to relocate both herself and her daughter to her grandmother's cottage in Tasmania. It proves to be the right decision and a time of personal growth, during which time she learns about the importance of family, while discovering a big family secret along the way ...

This was an enjoyable read. I like the slow, relaxed narrative that allowed readers to drift along and watch as Sara grew and changed during her time in Tasmania. The subplot about the refugees in the area is fitting, given Sara's own family history. There are some huge morals about acceptance, while the family secrets offer an extra layer of drama.

Thank you to Ventura Press for my ARC of Matryoshka.