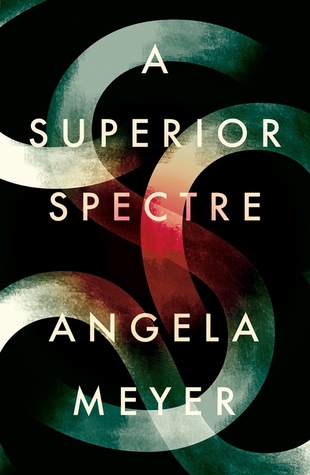 A Superior Spectre is a haunting novel about secrets, shame and a sense of self. It opens with Jeff, a man living sometime in the not-too-distant future who is both dying of cancer and struggling with the burden and shame of his sexual desires. He has fled his family, and home, in Melbourne for Scotland. Armed with a special piece of technology, he is able to enter the mind of Leonora, a young woman living in the Scottish Highlands in the 1860s. Jeff is warned only to use this technology three times, but he decides to take matters into his own hands, and soon, Leonora is plagued by visions and a strange feeling of darkness ...

This was an intriguing read, with a gothic feel that reminded me so, so very much of one of my favourite authors, Daphne du Maurier. The writing is crisp, and clever and I could not help but get drawn into the life of Leonora, the introverted young woman who is sent away from her beloved home due to her fathers not entirely unwarranted fears that she is about to be taken advantage of by a nobleman who will not marry her. I struggled however, with Jeff's story, in particular the fact that he was a grown man who was attracted to teenage boys. While I appreciate the deep sense of shame the character felt for his attractions, it made for a very confronting read for me. Obviously, there are some deeper themes at work here, of sexuality and of the agency that one has over themselves, and over the lives of others.

Although this was well written novel with an interesting concept, clear prose and much to say about human suffering, this one did not work as well for me as I had hoped.