Review: The Simpsons and Their Mathematical Secrets by Simon Singh 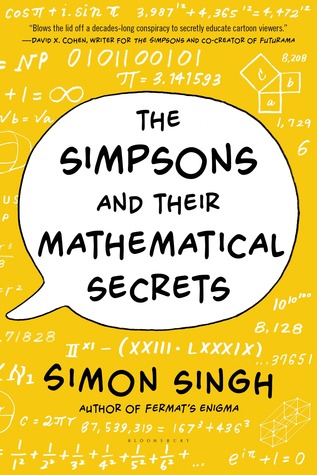 This was a great read for me. I'm a massive fan of The Simpsons (and have been since the age of nine, when it debuted in Australia,) and I've loved the show for its depth and the fact that it often the script will cause different viewers to laugh at different things. As someone who does not come from a mathematical background (I never studied Maths in my final year of high school,) I was unaware of many of the maths jokes that had appeared in various episodes, and enjoyed having them explained to me. It was also the first time in many, many years that I had Maths explained to me in a way that is fun and accessible. There is also a section of that other show by the makers of The Simpsons, Futurama, and there is a lot of insight and fun to be had in that chapter as well.