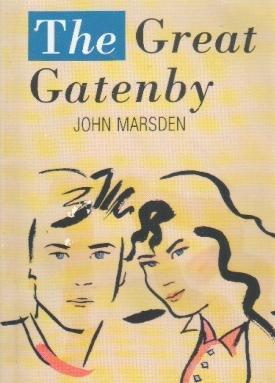 Years after it was first published, The Great Gatenby still packs a punch. It tells the story of Erle Gatenby, a headstrong ratbag with a heart of gold. Gatenby has been getting into a bit of trouble at school, and although he loves his parents, and they love him, he has reached an age where the difference between them are becoming more and more obvious and it is becoming harder for them to live together under one roof. The solution is for Gatenby to go away to boarding school. Linley isn't exactly paradise (his lodgings is known as Crapp House,) and Gatenby doesn't always toe the line, but through his experiences breaking the rules and discovering just how good he is at competitive swimming, Gatenby develops a greater sense of self and for the first time starts planning for his future.

The Great Gatenby was amusing and just as honest as all of Marsden's works. Gatenby's exploits, along with his rule breaking girlfriend Melanie, are hilarious. One of the more interesting take-home messages is that you don't have to be a model student to be a good person, and that some exploits are a natural part of the teenage experience. Gatenby's growth as a person happens on his terms, though he is touched in a positive way by some of his experiences at school. (For example, he gives up smoking because he thinks it will be a good idea to do so, and not because of his teachers hassling him to give up.)

The novel is very short and written in a way that many readers, particularly teenage boys, will find engaging.