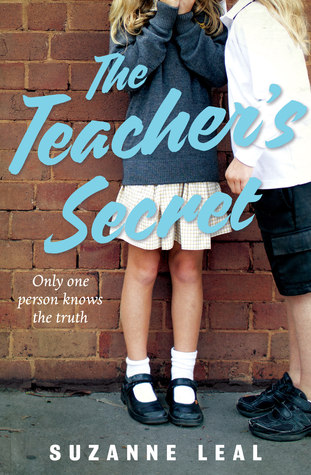 Terry Prichard is the much loved assistant principal at a country primary school. Well-respected by the staff and parents and loved by his students, he has carved out a successful career which comes to a very sudden halt after the temporary appointment of a new school principal. Suddenly, Terry has retired, no one knows why and his replacement Nina is not having the easiest time settling in at the school, or into her new life as a single mother. And these are not the only characters who have their own story to tell in this new release by Australian author Suzanne Leal. There is also Rebecca, who arrives in Australia halfway through the year, Mel, a young mother and Laurie herself, a woman driven by rules ... and an agenda.

I enjoyed reading this novel. In many ways, I found it reminiscent of The Slap by Christos Tsiolkas where every character has their own story and where blame is often a matter of perspective. The characters are flawed and make mistakes. Sometimes, though, Terry's innocence and willingness to do what he thinks is right with little thought to the possible consequences to his reputation, particularly when he knew that Laurie had a suspicious nature, was excruciating to read and at times had me wondering, is he or isn't he? On the other hand, it was overwhelmingly obvious how much the community, especially the kids, needed Terry and how lost many of them would have been without him. The secret (revealed at the end of the novel,) is completely befitting of the man and his personality--and if you look through the book and see the back story to one of the other characters, you'll see some very clever foreshadowing in there. Meanwhile, Nina's own life story tugged at my heartstrings--it's hard not to feel for a strong woman who finds her life ruined by a weak man (... and who bounces back.) It was also interesting the way that Nina's previous job was complicated by a certain outside factor (... of all the terrible coincidences!) I felt that the author could have given the reader more of an insight into Laurie, but perhaps that would have ruined the character and stopped her from being the antagonist of the piece.

Author Suzanne Leal offers a convincing glimpse into a small coastal town, where not all of her characters are perfect (or predictable) and where bad things can happen to good people.

Thank you to Allen & Unwin for picking me a as winner on facebook and sending me a copy of The Teachers Secret.
Suzanne Leal The Teacher's Secret