June 12, 2016
On select Sundays I will be reviewing some of the old Apple Paperback titles from my childhood. These titles were published, or republished by Scholastic during the 1980s & 1990s and were written and set in the United States. In Australia, these books were typically only available from libraries or could be ordered through catalogues that were distributed through primary schools. Most of these titles are now long out of print or have been updated and republished for later generations ... 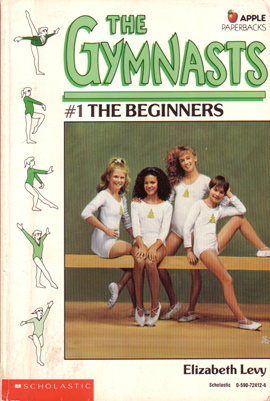 I remember when I was about ten years old, being absolutely fascinated by this series of books by Elizabeth Levy about a group of amateur but aspiring gymnasts who were all aged between eight and thirteen and all went to the Evergreen Gymnast Academy. The series was a bit different from some of the others available, as the age range of the characters were pretty wide, and although the main characters always tried hard, they were never instant or automatic winners--in fact most of the kids were in the lowest ranking group at the academy--The Pinecones--for the duration of the series. The ages and cultures of the kids were quite diverse and consisted of:

Darlene (age 13) who was black and whose father was an esteemed footballer for the Denver Broncos. She went to an exclusive private school, along with Becky.

Darlene appears as the narrator of the following books: The Winner, Captain of the Team, First Date, Gymnast Commandos.

Lauren (age 11) who was half Mexican, a gifted student and whose mother, in the duration of the series ran for mayor. The first book in the series was told from her perspective. She attends the same school as Cindi and Jodi, but is in a special programme for gifted students.

Lauren is the narrator of the following books: The Beginners, Trouble in the Gym, Crush on the Coach, World Class Gymnast, The New Coach?

Jodi (age 11) a goofy girl whose mother helped run the gym. Although Jodi's mother and sister were talented gymnasts, Jodi was barely average. She also got bad grades at school, but was popular with the other kids for her quirky personality and funny jokes.

Jodi is the narrator of the following books: Nobody's Perfect, Tumbling Ghosts, Out of Control, Fear of Falling, Team Trouble.

Cindi (age 11) a redhead and the best friend of Lauren who has recently returned to gymnastics. She has four older brothers and her father is a pilot who late in the series loses his job.

Cindi is the narrator of the following books: First Meet, Bad Break, Boys in the Gym, Nasty Competition, The Gymnast's Gift.

Becky (age 13) is in a more advanced team than the Pinecones and enjoys taunting them at every opportunity. A wealthy girl, she attends the same exclusive school as Darlene.

None of the books are told from Becky's perspective.

Ashley (age 9) is an outspoken, bratty bully who looks up to Becky. Ashley lives next door to Ti An.

None of the books are told from Ashley's perspective.

Ti An (age 8) is the youngest and also the most talented member of the group. She used to be a member of the Atomic Amazons, a rival gymnastic academy. She is she and quiet and is of Vietnamese ancestry.

Only one book is told from Ti An's perspective, Mystery at the Meet.

Heidi (age 15) is an Olympic level gymnast who suffers anorexia and is introduced midway through the series. She later moves in with Jodi and her family and works out at Evergreen academy while she recovers and eventually goes on to compete in the Barcelona Olympics in the final instalment of the series.

Heidi is the narrator of the following books: Tough at the Top, Go For Gold. 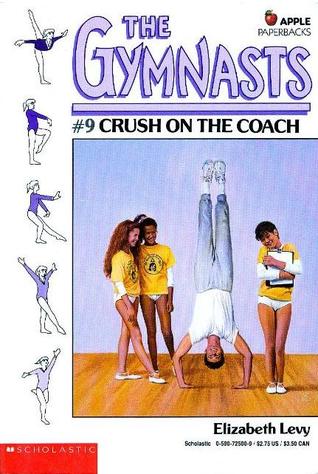 Their coach is Patrick Harmon, the owner of Evergreen Academy, who though it was never explicitly said, was single and probably in his mid 20s. In one of the books, Lauren develops a bit of a crush on him and, although it is a bit embarrassing to admit to, at ten years old I had a bit of a crush on him as well, despite him being an entirely fictional character. He always seemed so patient and wise!

Although the main focus of the series was the importances of teamwork, the books often touched on subjects that would affect kids who played competitive sports, most notably the later books which featured Heidi and her struggles with anorexia. In the duration of the series both Cindi and Becky would suffer injuries, a number of the characters considered giving up, and Jodi often had to reconcile with the fact that she was not as talented as her mother and sister, and nor was she academically inclined. Darlene struggles with the idea that maybe she gets more privileges than she deserves because of her famous father. The quality of the series ebbs and flows--about half of them are brilliant, the other half feel very gimmicky--and it all feels like it was stretched out for a bit too long--the series debuted in 1988 and the final book was released in 1992.

The series becomes very uneven after about the first six books--some are a complete write off, whil and does not really pick up again until Heidi is introduced--and even then there are some moments that are definitely better than others. I owned probably about a quarter of all the books in the series and these have all long been given away ...
Apple Paperbacks Elizabeth Levy The Gymnasts