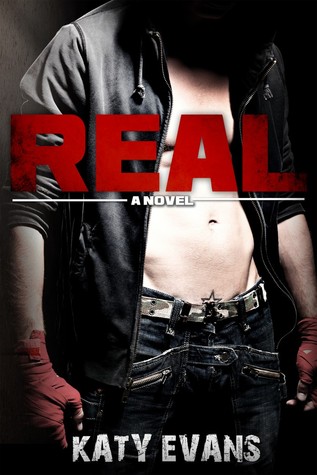 Real tells the story of Brooke, a once hopeful Olympic athlete who has her dreams smashed after an injury. She finds herself work as a sports therapist and one evening encounters fighter Remington Tate. The pair immediately become infatuated with one another and Brooke finds herself propelled into a world of luxury and alpha males. The first half of the novel works up to some rough, steamy scenes and there is a bit of a gut wrenching sub-plot involving Brooke's sister.

Real is very much a guilty pleasure read. It comes with a number of flaws--chiefly in its portrayal of bi-polar disorder--and there is quite a bit of hyperbole within the narrative which will undoubtably divide readers. I suspect some readers will Evans' descriptions, while other readers may them off-putting or even amusing. (My own feelings are a mix of all three.) A tantalising read, though not for all tastes.