Review: A Place For Us by Harriet Evans 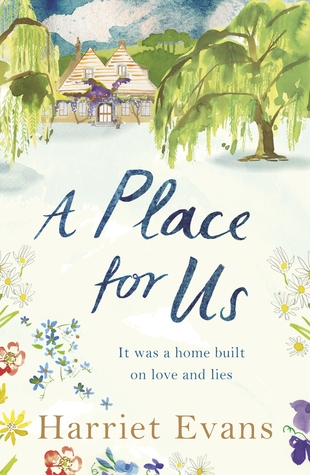 The day that Martha Winter decided to tear her family apart started out like any other day ... Or so begins the haunting first sentence of A Place For Us, a haunting new novel by British author, Harriet Evans. I found this novel somewhat reminiscent of Maeve Binchy with its cast of colourful characters and multi-layered storytelling set in a rural town ... but with a bit of a sinister twist--one that I was not prepared for or expecting, despite many of the clues that the author lays through the narrative.

Martha Winter and her husband David have enjoyed a good life in a small English village. Martha has enjoyed her role as a wife, mother and as a hostess to many parties that the family has become famous for. David is a successful cartoonist with his own daily comic strip. They have three children--Bill, a doctor who lives nearby and who has recently remarried the much younger Karen (a woman who just does not 'get' people); Florence who is currently studying in the city after which she was named and Daisy the middle child who no one talks about and who is said to be abroad--and who we meet in flashback and soon learn may not be the nicest of people. Rounding out the family are Bill's daughter, Lucy--an aspiring fashion writer--and Daisy's daughter Cat who was raised by Martha and David and who now has a child of her own. The bulk of the novel tells the story of each of these characters, along with that of local baker, Joe, as they make their plans to attend Martha's birthday celebration. There, a surprising revelation is made and we get to see how the family copes with that.

In many ways, this novel felt very long and filled with a few too many characters. I struggled a little with the Daisy storyline and found many of the other sup-plots--such as a possible romance between Cat and Joe and some of the other family secrets to be far more interesting. Though endearing and with a lot of positive points, I felt that this was not perhaps Evans strongest novel.

One for fans or for those looking for something a bit different.

Random Trivia--this novel was originally released in serial format and will not be available in some countries until next year. The Australia release date is September 9.

Thank you to Hatchette Australia and to the Reading Room for my review copy.
A Place For Us Harriet Evans