Newsflash: Behind the Scenes Free From Amazon Kindle Store Today! 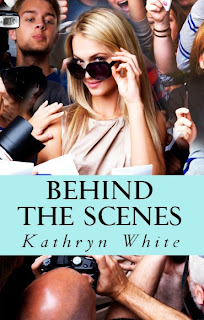 As many of you know, 2013 has been a big year for me writing wise. I had my first, second and third book signings, and got my own magazine column with Spiritual Wisdom Magazine. In April, I launched my fourth novel Behind the Scenes. And, meanwhile, this blog keeps going from strength to strength. I've had authors and publishers offer me some awesome books to read and review.

Anyway, to celebrate a great year and to thank everyone that has supported me, I'm offering Behind the Scenes as a free download from the Amazon Kindle Store until midnight PST in the United States. (That's about 7.30pm Saturday, Adelaide time.)  For those of you who don't know, Behind the Scenes tells the story of eighteen year old Catlin Ryan, an aspiring actress who scores a role on her favourite television series. She soon discovers that fame isn't all that it is cracked up to be and along the way she uncovers some dark family secrets about her past. And so too, does the media ...

I'm probably horribly, horribly biased, but I think that Behind the Scenes is an awesome book and if you don't have a copy already, then take advantage of this very limited offer. And maybe even leave me a review? I like reviews ...
Behind the Scenes Free Books