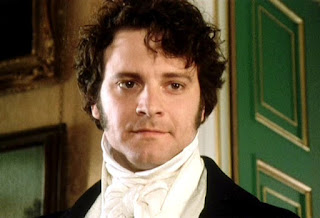 Who would have thought ... 200 years have passed since Jane Austen's most famous novel, Pride and Prejudice was first published in the United Kingdom. Opening with the immortal line, It is a truth, universally acknowledged that any man in possession of a good fortune must be in want of a wife, the novel goes on to tell the tale of the unlikely romance between the middle-class and outspoken Elizabeth Bennett and the stoic upper-class Mr Darcy, while poking gently fun at British society along the way. It is a story that has inspired many film and television adaptions (including the truly awful 1940 version starring Greer Garson,) and numerous rip-offs, most notably Bridget Jones's Diary, which in turn has inspired film adaptions and many rip-offs. Pride and Prejudice was Austen's second published novel, her first was the slightly less mature (but no less enjoyable,) Sense and Sensibility.

Austen would go on to publish two more novels in her lifetime, Mansfield Park and Emma, each one equally brilliant though in a different way. Northanger Abbey and Persuasion were published in the year following Austen's death.
Pride and Prejudice