Review: The Near Witch by V.E. Schwab 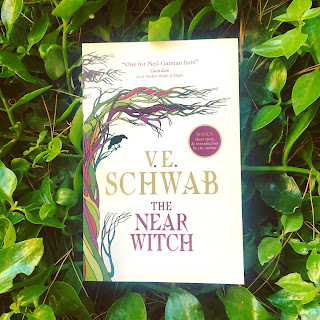 Author V.E. Schwab offers readers a deliciously other worldly and spooky tale about a small town who finds themselves in the midst of a witch hunt.

Each evening, Lexi tells her younger sister the story of the Near Witch. She never expects the legend to be true--that is, until one night when a strange song is heard. In the morning, a child from the town is missing from their bed. Over the next few nights, more children start to disappear. Could it have something to do with the mysterious boy who has appeared in the village? Or is the truth something far more scary--and complex--than that.

This was a fun and spooky novel with a strong heroine and an interesting (though suitably dark and brooding,) hero. Lexi doesn't allow the expectations of her strict and somewhat sexist uncle restrain her, and I love the way she that she was able to develop her friendship with Cole and also a pair of local witches who too often fell under the suspicion of the town. The mystery of the near witch is resolved in a pleasing way--that part of the story reminded me a little of Neil Gaiman's novel Coraline. Although this is technically a YA novel, it is written in such a way that would have broader appeal to readers older and even a few who are younger than the intended audience.

The Near Witch V.E. Schwab