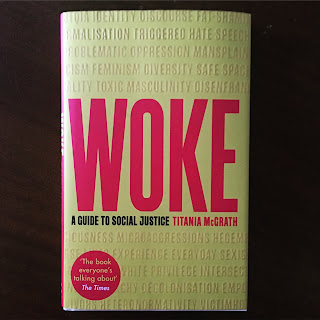 A satire on what happens when you take a little bit of left-wing extremism, combine it with some slacktivism and push it that bit too far Woke has some truly funny, laugh out loud moments. Supposedly written by straw feminist Titania McGrath, this volume shows readers how they can live a more virtuous life without having to, well, do very much at all except talk about it.

Filled with bad poetry and virtue signalling Woke will entertain anyone who has encountered a self-important know-it-all who just doesn't know when to call it quits. Or someone who likes to take the role of the victim, in spite of the fact that they don't really have all that much to complain about. I laughed out loud several times throughout this short volume, though toward the end, the joke does become a little tired. Also, I think that people are entitled to their views and that the only reason that woke culture exists in the first place is because that there are injustices out there. That said, obviously Titania represents people who clearly come from a position of privilege and whose idea of contributing to a more fair and equal society is to send out the occasional tweet, and not those who have spent most of their lives fighting against systematic injustices.