Review: A Writing Life Helen Garner and Her Work by Bernadette Brennan 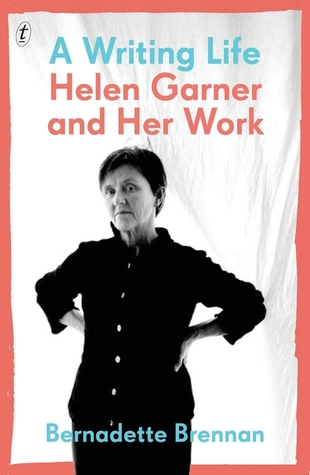 In A Writing Life academic Bernadette Brennan shines a light on one of Australia's most loved--and most brutally honest in the best kind of way--authors. Helen Garner first came to prominence with her novel Monkey Grip (read my review here,) and has often caused controversy through her refusal to adhere to various literary conventions. Garner writes herself into her literary non-fictions and many of her works of fiction have an autobiographical feel to them. But who is Helen Garner really? In this biography, Dr Brennan finds out. With Garner's permission, she accesses various letters, diary entries and other things that ultimately, offer a sensitive insight into a writer whose unusual style and vast amounts of empathy for others have led to a long and often controversial career. (Yes, there is a whole, and rather long, chapter about The First Stone.)

This is the kind of biography that does the author, and her many, many fans proud. For me, a reader who first encountered Garner as a university student some years after The First Stone was published and the controversy more or less forgotten, I have always found her to be something of an enigma. Truthful, earnest, intellectual, a good person, but perhaps not someone with whom I'd implicitly agree with about absolutely everything. (In return, I suspect that she would probably consider me rather childish, but seeing as my path and Garner's have never actually crossed, that's pure conjecture.)

Anyway, even if you're not a particular fan of the author, this is still a truly insightful biography that is well worth giving a chance.