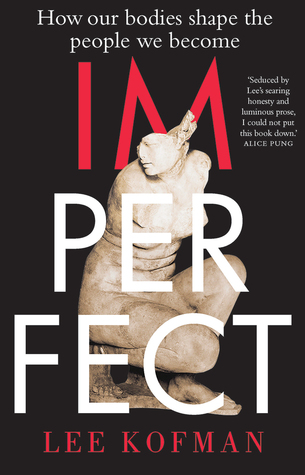 Imperfect is a raw and honest look at body perception. Author Lee Kofman shares her own experiences, growing up in the Soviet Union where by the time she was just eleven years old she had scars from major heart surgery and injuries sustained in a bus accident. These scars were treated as marks of honour--a testimony to her inner strength. However, when she and her family moved to Israel, she was left to believe that her scars were something that had to be hidden away. This attitude continued when she moved to Australia. But more than being a memoir, this book also takes a deep look into body image and how perceptions of our bodies can become a major influence on our sense of self. Written with a lot of sensitivity, the author explores issues such as extreme body modification, perceptions of body size and, ultimately, what it actually means to be living in a body that deviates in some way from what is considered "normal."

When telling the stories of others, whether it be that of Mia, Andy, Kylie or Frank and Gale, Kofman shows them first and foremost as people rather than being spokespeople for body image. All are much, much more than their bodies.

I said it on twitter recently, and I will repeat it here. This book should be required reading. I have always considered myself fairly progressive when it came to body image, but I was pleasantly surprised by just how much this book challenged me.

Thank you to author Lee Kofman and to Affirm Press for my reading copy of Imperfect.

This book was read as part of the 2019 Aussie Author Challenge.
Imperfect Lee Kofman