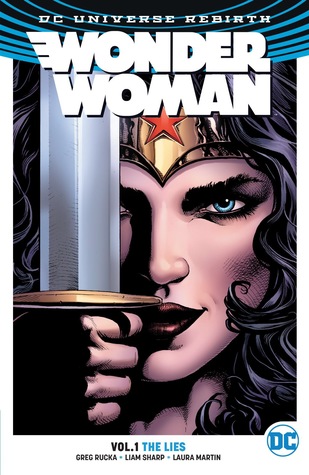 In January 2016 DC Comics decided to relaunch many of their titles, under the rebirth branding. For the popular Wonder Woman comic, this was excellent news, erasing the shitty and sexist (at least in my opinion,) story from her previous New 52 incarnation. The Lies is a collection of some of the early comics following on from Rebirth, which gives the character a new and darker history. In this version, the character is darker, slightly jaded and is making some pretty shocking discoveries from her past. Intelligently drawn and told, it tells the story of a superhero who is struggling to come to terms with her past ... and what may or may not be real.

I was surprised by just how much I enjoyed this one and reading about a character who is so conflicted. It's best read in conjunction with Volume 2 Year One, which tells the origin story of the character. (Apparently when the comics were originally published, odd numbered comics told the present day story, while even numbered ones told the origin story.) A number of beloved characters, including Steve are back with their own conflicted pasts and histories.