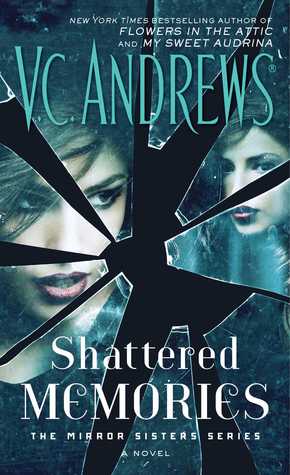 After being abducted by a creep and discovering that the whole thing was a set up by her jealous and utterly insane twin sister, Kaylee Blossom Fitzgerald is at home and trying to make sense of what just happened to her in Shattered Memories, the third novel in the Mirror Sisters Series, written by VCA ghostwriter Andrew Neiderman. With both her mother and twin sister in a mental health facility, Kaylee must adapt to life in the outside world. And the whole thing is utterly dull. Readers are sent down the usual path of a VCA novel, in which Kaylee starts at a new school where no one knows her, she doesn't make many friends but she does get to hook up with a new bloke and learns to stand up for herself. And, of course, a few odd things happen every now and again, you know just to remind readers that these books are supposed to be shocking. Though, quite frankly, I'd be a whole lot more shocked at this point if someone, anyone, actually did something truly interesting. (And no, what happens in that tacked on epilogue does not count.) There are also numerous dated references to pop culture and fashion.

This one is standard VCA fare. Kaylee more or less recovers, the nutty relatives make a brief return for the sake of doing nutty things and the whole thing goes out with a whimper rather than a bang. It's probably a little bit less disturbing than the other two titles in the series, but by no means is this a well crafted or well plotted book.