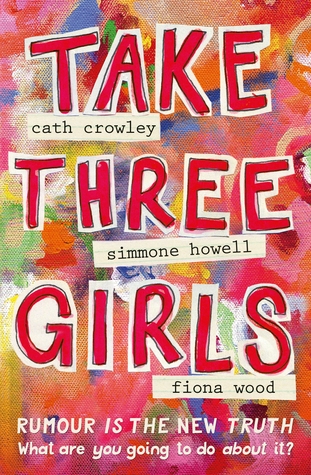 Three seemingly very different girls at an exclusive private school are targeted by a website in this novel about bullying, feminism and, ultimately, friendship. Clem, Kate and Ady are about as different as you can get, one girl is unpopular but sporty, another is a music buff there on a scholarship and one is a privileged part of the in-crowd. Working together as part of a seemingly tacky school Wellness programme the three realise that they have more in common than what they initially thought--and that together, they are able to conspire to take down the toxic website that targeted them.

This book had a lot of potential and it works well in places--for example, the authors very cleverly show that the seemingly useless Wellness programme did actually work, even if it wasn't quite in the way that the school intended. The authors also have a lot to say about the nature of female friendship, sibling rivalry and predatory behaviour. Sadly, one thing lets this novel down.

Clem's twin sister Iris is shown to be a broken kid, one who bullies and causes others pain because she is hurting herself. This is done quite well. What isn't done quite so well, particularly in a book which has so many sound moral lessons, is giving clues on how to save a kid like Iris. Or what to do if you are a kid like Iris. While kids like that need to be accountable for their actions, they also need one other important thing if we want to prevent them from going any further. Empathy. And there is no (or at least little,) empathy in this novel for Iris who remains a broken kid at the end of the narrative. I felt as though the message was that there was no hope for a kid like her, which made me angry and then sad. This is a shame as I said, so many other things in this novel work well and are quite entertaining. It's great seeing the three girls grow and learn to stick up for themselves.