Review: The Strays by Emily Bitto 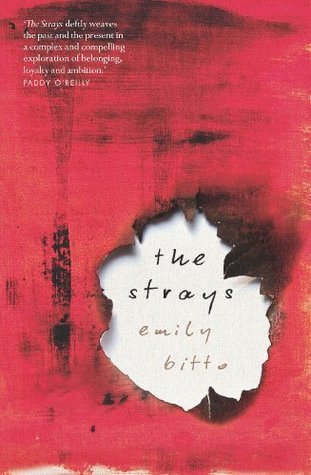 At age eight, Lily has led a perfectly ordinary life for an Australian girl in the 1930s. She is an only child from an ordinary, working class family who has recently relocated to a smaller home due to the depression. At her new school, she meets Eva, a charismatic child, who is one of three daughters of a famous painter. As the years go on, Lily finds herself drawn further and further inside the seemingly glamourous world of artist Evan Trentham, his wife Helena, their children and an eclectic mix of hangers on. The home itself is intended as a kind of utopia for aspiring artists. But nothing is as easy, or as glamourous as it seems in the Trentham's home, and when things go wrong, it is the Trentham daughters who pay the price ...

This was an intriguing novel, told from the perspective of a young outsider, who desperately wished to be an insider, even when she couldn't clearly see all that was going on in front of her, or how much the daughters, particularly Eva and Heloise, suffered for their parents lifestyle. Equally as strong within the narrative are themes of female friendship--how Eva and Lily could be so close and share so much, yet when they become adults realise that they have little or nothing in common but for their past. I also liked the setting of Melbourne in the 1930s.

Random Trivia: The Strays won the Stella Prize in 2015