Review: On the Beach by Neville Shute 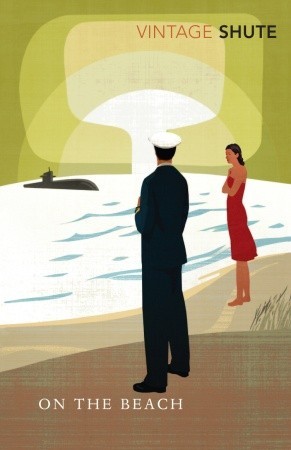 Neville Shute's classic novel about a group of people in Melbourne slowly awaiting their deaths from radiation poisoning following a nuclear war in the Northern Hemisphere is as chillingly real now as it was when it was first published in 1957. Set in the early 1960s it tells the story of three people, Peter Holmes of the Royal Australian Navy, who is married with a small child, Dwight Towers, an American naval officer who made his way to Australia by chance and refuses to accept that his wife and children are dead, and Moira, a spirited young woman who knows that she has nothing left and that her own death is inevitable.

Perhaps one of the most interesting things about this novel is its sense of inevitability. The human race has, essentially, stuffed things up for themselves. There is no one left in the Northern Hemisphere, and the radiation sickness (as it is known in the novel,) is slowly travelling further and further south. The characters know that they only have a few months left. They live their lives from day to day, trying to solider on as best they can, though each character deludes themselves in various ways. Peter and his wife, for example, plant a garden that won't flourish until the following year. Then something odd happens. The navy begins to pick up morse code signals from America. Is it possible that someone may be alive in the Northern Hemisphere, and what could it mean for the people in Melbourne? An expedition, and a lesson on the way that false hope can be given follows.

Well written, realistic and morbid, this is a novel that is memorable for all of the right reasons. While not a ripping page turner, it is an interesting account of a group of people who are facing their inevitable fate and how they cope with knowing that in a few months they, and everyone they care about, will be gone.