Review: When the Night Comes by Favel Parrett 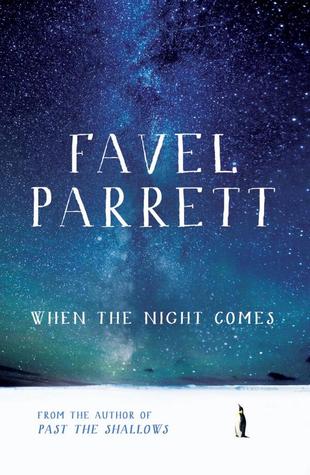 Short, deceptively simple and unforgettable are the first words that spring to mind as I think about When the Night Comes. Set in both in Tasmania and onboard the Nella Dan, the novel tells the story of two people--Isla, a girl on the cusp of adolescence who moves to Tasmania with her mother and brother following the divorce of her parents, and Bo, a cook aboard the Nella Dan, a Danish ship that is en route to the Australian Antarctic Territory. During a stopover in Hobart, Bo, meets Isla's mother, and he becomes a source of support for the lonely Isla. In a funny way, each gives help and comfort to the other when they need it the most.

When the Night Comes tells two very different stories. The first is that of the final two seasons of the Nella Dan before it ran aground on Macquarie Island, and what life was like aboard the ship. The second is that of a girl who finds herself in an entirely new and different part of Australia in the wake of her parent's divorce. Both stories are well told, though short and often skipping between various life altering and occasionally, life affirming, events. I enjoyed this one, though I felt it could have been a bit longer and a bit more detailed in places.