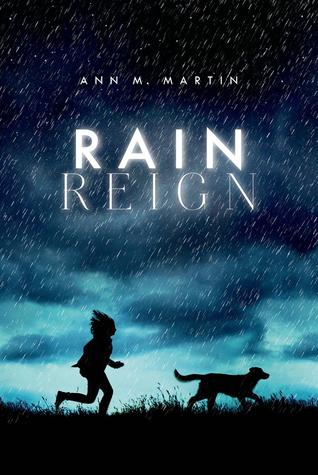 Readers of a certain generation, or should I say, generations would immediately associate Ann M Martin with her beloved best-selling series The Babysitters Club. However it was the work that Martin did after the series (and its many spin-offs,) came to an end in the very early twenty-first century that defines her as one of the best writers of her generation. First came the Newberry Award winning A Corner of the Universe and more recently she penned the brilliant Rain Reign (which is also published as How to Look For a Lost Dog in some parts of the world.)

Rose Howard is twelve years old, in fifth grade at her local school. She is obsessed with homonyms and has purposely given her beloved dog Rain a name that has two homonyms, something that she believes is very special (For the record, the homonyms are Rein and Reign.) Not everything is going so well in Rose's life though. The other kids at school don't understand her, and neither does her Dad, who appears to be somewhat ignorant on how to care for a child who has additional needs. Fortunately, she has her Uncle Weldon to look out for her, and a solid friendship with Rain. When a Hurricane hits and Rain goes missing, though, Rose finds herself facing some pretty big challenges ...

Brilliant and well written do not even begin to describe this book. The author show genuine insight into the life of a child who is different and unappreciated by the person who is supposed to care about her the most. Weldon, Rose's ever patient uncle is a shining beacon of light, and Rose grows in a beautiful and heartwarming way, despite--or perhaps because of--her experiences losing Rain and all that happens afterwards. I also loved that the kids at her school weren't all portrayed as mean, they were just ordinary kids who didn't understand, who sometimes were annoyed with her, and who sometimes made an effort.

A book to warm your heart.