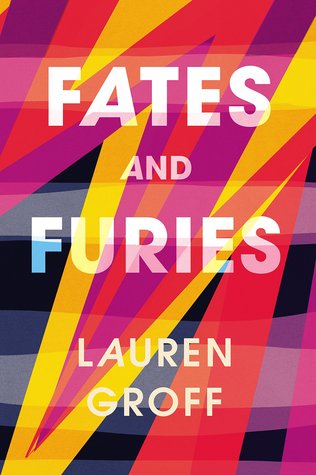 Fates and Furies is a novel that is bold, clever, occasionally overdone but never boring. Part One, Fates tells the story of Lancelot Satterwhite, or Lotto, a wealthy man who lives a privileged existence, thanks mainly to his charismatic nature, belief that most people are fundamentally good and his all round ignorance. The way he tells it, he had multiple lovers (men and woman,) until one night when he met Mathilde, the most beautiful girl on campus. Their eyes met, Lotto proposed and of course she said yes. What followed were years of marital bliss, until one night, when a revelation that is as cruel as it is perfectly timed changes everything ...

Part Two, Furies, tells the same story from the perspective of Mathilde, a woman who, at age twenty-two, was far from the innocent virgin that Lotto assumed her to be. We read about a loveless childhood and a lifetime of struggles that led her to become the passive-aggressive manipulator that marries Lotto and manipulates him in a quest for a life where she is both loved, and most importantly, secure. We uncover the stories that have been kept from Lotto, ones that allowed him to believe in his perfect existence, and watch, slightly horrified as every character seems to conspire against the other to be Lotto's favourite.

Fates and Furies is also (apart from being something of a tragedy,) a story of a marriage. There are two very different people within the marriage, two different perspectives, two different stories. (For even when two people live intimately together, there can be a sense that they hardly know one another.)

I was surprised by how much I reacted to this one--loving and hating it in equal measures. I think there is plenty to offer readers with an enquiring mind, ones who are happy to examine stories from more than one perspective.