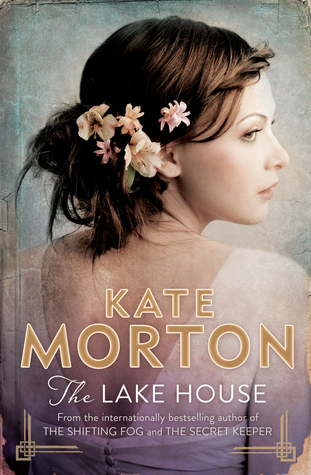 Moving seamlessly between the past and the present The Lake House tells the story of a child seemingly stolen from his wealthy family home in Cornwall, and that of the disgraced police officer Sadie Sparrow who, seventy years later becomes determined to solve the mystery of missing baby Theo. The mystery of Theo's disappearance is compounded by a number of family dramas--a father still suffering from the after effects of the great war, a mother and daughter who are both secretly in love with the same man and a sister who saw something that she shouldn't. Seventy years later, most of the main people in this mystery have died, though his older sister Alice is still alive and has become a beloved crime writer who is somewhat reminiscent of P.D. James. But why is Alice so coy about her first manuscript, the one that she wrote just before Theo's disappearance, and what does it have to do with her brother?

Morton knows exactly how to combine a multi-generational family saga, with drama and a great mystery and creates her characters and situations well. However, I did feel that this story lacked the magical and romantic element that I so enjoyed in some of her previous works and parts of the novel, particularly the ending, felt very abrupt, though the ideas expressed there were entirely appropriate for the story. That said, there were some wonderful parts in there--I loved the depiction of both Eleanor and Alice's childhoods, and also the story of how Eleanor and Anthony met.

Thank you to Allen & Unwin and The Reading Room for my ARC.
Kate Morton The Lake House