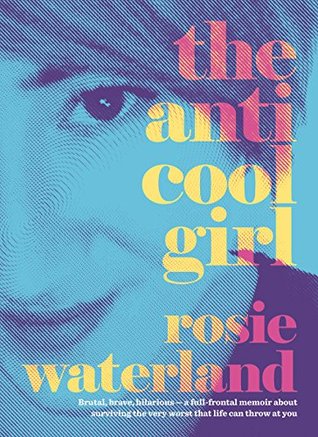 Sydney based blogger Rosie Waterland's autobiography is a mix of black comedy and a no-holes-barred account of a young woman who has survived some of the worst things that life has to offer--mentally ill parents, being sexually abused by her foster carer, being abandoned by her mother and then her uncle, school bullying, a stint in a mental hospital and her eventual battles with her weight. Or, as she writes, "I officially knew that my weight had gotten out of control when I realised that I could no longer wipe my own arse." And that's the authors writing style. The book is provocative, it's funny and the author does not take herself too seriously, even when she is writing about some of the worst events of her life. And there is hope there too--Waterland now has an enviable job writing for website Mamamia and she leaves readers with a resounding message about the importance of self-acceptance. As the title suggests, after years of trying to be cool, Waterland has found greater contentment in being an anti-cool girl. And you know what? I damn well love her tips for being the anti-cool girl.

Highly recommended. In fact ... Throw out all of your copies of Cleo and Cosmo and read The Anti Cool Girl instead.
Rosie Waterland The Anti-Cool Girl