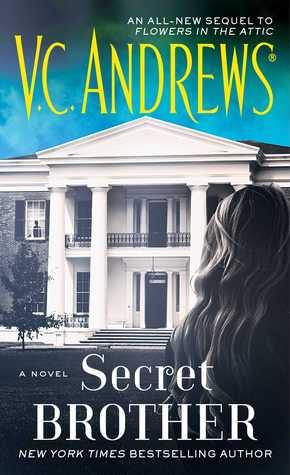 As fans of V.C. Andrews and followers of my reviews will already know, recently, V.C. Andrews ghostwriter Andrew Neiderman began working on the Diaries Series, a spin-off, or companion series to the Dollanganger Series which is best remembered for its haunting first novel Flowers in the Attic. In the Dollanganger series, we read as four children were kept in an attic by their cruel grandmother and were eventually poisoned by their mother. When Cory, one of the younger children dies, the other three realise that they must escape. The sequel Petals on the Wind tells the story of how narrator Cathy and her surviving siblings Christopher and Carrie adjust to life outside of the attic, along with Cathy's thirst for revenge and two further sequels If There Be Thorns and Seeds of Yesterday introduce the next generation of the family, who too inherit their own share of problems and are haunted by the deep shadows cast by their ancestors. The saga is rounded out with Garden of Shadows, which goes back in time to tell grandmother Olivia's own story. While the first four novels were written by V.C. Andrews, Garden of Shadows was written by ghostwriter Andrew Neiderman based on the notes left by V.C. Andrews (who had, at that time only recently passed away,) and with help by V.C. Andrews trusted editor Ann Patty, and offered the perfect ending to the series, explaining how Olivia turned in to the monster that we see in Flowers in the Attic.

The Diaries was a surprising spin-off from the Dollanganger series that had a young woman who was a distant relative to the family discovering a diary that had been kept by Christopher about his stay in the attic. Secrets of Foxworth and Echoes of Dollanganger were fascinating in the sense that it felt very much like re-reading and re-discovering Flowers in the Attic all over again. Sadly, in Echoes of Dollanganger protagonist Kirsten became marginally less interesting and her relationship with her boyfriend, Kane, a little creepy (there was some roleplaying that involved wigs,) and fans questions of how Kirsten was related to the Foxworth clan remain unanswered. The novel did, however, end on a very surprising cliffhanger, though, suggesting that Cory Dollanganger actually survived his mother's attempts of poisoning him and had gone through life under an assumed name. And while it does not quite fit with Cathy's chilling discovery in the attic Petals on the Wind (a child's body,) which, when revealed sets Corrine in such a fit of rage that she burns down Foxworth Hall (her actions are totally consistent with someone whose lies have not been believed,) it is certainly an interesting spin on what could have been.

Secret Brother takes readers back in time to 1960, or to the second Saturday in October 1960 to be exact, and to a happy family home in Prescott, Virginia. Clara Sue Sanders and her younger Brother Willie have lived with their wealthy Grandpa Arnold ever since their parents died in a tragic accident, and Grandpa has done his best to give them both full and happy lives. However, on that afternoon, eight year old Willie is hit by a truck and dies in the hospital. While the family is there, Grandpa Arnold learns that another boy, the same age as Willie, has been poisoned and dumped there by a strange man. The boy has no memory and with no one there to claim him, Grandpa Arnold decides to adopt him, much to the horror of Clara Sue, who does not like the idea of her Grandpa replacing her much-loved brother with another little boy.

On its own merit, as a stand-alone story, Secret Brother is quite good. Clara Sue is a feisty young woman faced with a horrible predicament. While she does not necessarily want the poisoned boy not to be loved and cared for, she is, understandably, unhappy with the idea of the boy being given her young and recently deceased brother's name, and it's not really fair that she is being pushed aside by her grandfather for another kid when she needs his love and support. Fortunately, she's a pretty loving and resourceful young woman, who finds her way around the situation (she nicknames the boy Count Piro, so that she does not have to say her brother's name and he responds well to this,) and along the way learns some valuable life lessons, including some harsh ones that involve a smooth talking boy named Aaron, who eventually gets what he deserves. One of the most pleasing elements to ghostwriter Andrew Neiderman's writing is that in Clara Sue he has created a young women who stands up to the boy who treats her badly--something that many contemporary authors would do well to take note of. There is also some interesting--and sensible--talk about virginity and it being a personal choice. On the negative side, I don't think that the author got the era and the fashions quite right and I'm not sure that the Epilogue was the most appropriate place for Grandpa Arnold's revelation about Cory/William's true identity. I also got the feeling that Grandpa Arnold's intentions may not be as noble as he made out--it seems odd that knowing Cory had three siblings, including a twin sister, that he would not have any interest in finding the other children and making sure that they were okay.

As a sequel to Flowers in the Attic I think that Secret Brother has its flaws which is quite off-putting, however, as a stand-alone novel I found it to be an interesting concept. It's a shame that it does not answer the questions of how Cory grows up to become the mysterious old man who purchases Foxworth Hall and whether he ever wondered what happened to his siblings. Did he know of Carrie's passing? Did he ever see Bart on television after he become an evangelist? What happened when Foxworth Hall burned down the first time? And, a big one, seeing as they had the same psychiatrist (as mentioned in Echoes of Dollanganger,) is it possible that Cory even met Corrine before she died? (Just a thought.) And who did he marry? (Is it possible that one day, when they were both grown up that he and Clara Sue married--okay, I'm probably romanticising the whole thing a bit now.)

An interesting concept, but would have been better as a stand-alone.
Andrew Neiderman Secret Brother V.C. Andrews Virginia Andrews