November 13, 2013
Welcome to Writers on Wednesday, where we meet a broad cross-section of talented writers. This week I am lucky enough to be talking to the very talented and very, very prolific writer, Di Bates ... 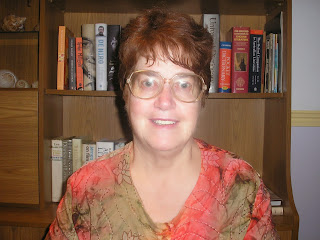 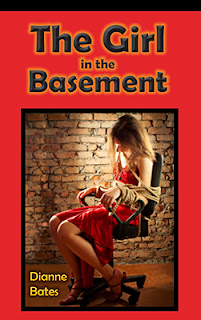 I’m a full-time, prolific Australian writer who, with her author husband Bill Condon, makes a living from writing and have done so for the past 20 years. Between us we’ve published over 250 books.

I’ve published with many different publishers both mainstream and small and written fiction and non-fiction ranging from picture books to adult novels. Many of my books were commissioned. I’ve a background in journalism, advertising and book-selling. Bill and I live in an outer suburb of Wollongong NSW.

The Girl in the Basement (Morris Publishing Australia) is a cross-over novel based on the real-life discovery in 1987 of a Polaroid photograph picked up by a shopper in a Florida (US) car park. It showed a girl around twenty, and a boy around ten who were both bound and gagged and who appeared to be in the back of a van. Disturbed by the photo, the finder took it to police.  Hundreds of stories with the picture were run in national media, including a TV program, Missing People. This resulted in the parents of both children contacting police. The boy was said to be Michael Henley, who had gone missing from a camping trip 17 months earlier. The girl, identified as Tara Callico, had disappeared 75 miles away a year earlier while out cycling. Both Michael and Tara were from New Mexico but were unrelated. For their parents, it was the first inkling of what had happened to them.

I remember being very distressed by the story and often wondered if either of the victims were ever found. As it turned out, there were numerous unconfirmed sightings of Tara in 1988 and 1989, mostly in the southern half of the United States. However, she has never been found, alive or dead. Remains found in the Zuni Mountains in June 1990 were eventually identified as Michael’s. It is believed he died of natural causes. Thus the identity of the boy in the photo is still unknown.

About thirty years ago I received a letter from Penguin Books saying they were going to publish my children’s book Terri. I was so excited I ran up and down the street like a small child whooping and laughing. When I rang my mother with the exciting news, her response was ‘That’s nice, dear. Did I tell you that your sister won the Tomerong squash championship?’ This was when I first realised that nobody is ever as happy as you are when you have success as a writer.

There are so many outstanding moments, but having published in excess of 120 books, mostly for young readers over 30 years is quite an achievement; that, and winning the Lady Cutler Award for distinguished services to children’s literature.

I’m always working on a writing project! Having just finished writing an adult crime thriller, The Freshest of Flesh, I’m now about 10,000 words into a junior novel about a child who, with his siblings, is taken into care.

Always in my tidy and comfortable office, but really I can write anywhere.

Which do you prefer-- eBooks or Paper Books? Why?

I prefer paper books because this is what I’m used to but I can see a day when all books are electronic. So sad to think of the loss of book shops and libraries, plus all of the jobs for the wonderful people in those industries.

As someone who’s always published traditionally, that is what I know best and am most comfortable with. My experience is that small publishers are more communicative and work harder to promote their authors and titles.

I find it very sad that authors today are required to be so proactive in marketing and publicising their work instead of being allowed to get on with what they are most talented in, which is writing.

Currently I am preparing a budget to crowd-fund a website on Australian Children’s Publishing so I’m making use of modern technology to put writing out into the marketplace (simply because no-one else in Australia is promoting our wonderful children’s poetry).

Gosh, there are so many I love, but I would highly recommend the YA novel, Confessions of a Liar, Thief and Failed Sex God which won the 2010 Prime Minister’s inaugural Awards for Literature. It’s a bittersweet novel with amazing characterisation and insights. (Should I mention it was written by my husband, Bill Condon?) To be fair, I’ll also add The Book Thief  by Australian author Markus Zusak.

Finally … is there anything you would like to say to your readers in Australia?

Please read my books and support the local industry by buying Australian. A book a day keeps the miseries at bay...

Where can we find your books?

All my books can be purchased in bookshops. The most recent, The Girl in the Basement, is available as follows: Morris Publishing Australia - http://www.morrispublishingaustralia.com
Dennis Jones and Associates - www.dennisjones.com.au
The Nile Bookshop: www.thenile.com.au. eBook available on Amazon, Smashword, Kobo, Apple and many online stores.

Di Bates The Girl in the Basement Writers on Wednesday