Review: My Body by Emily Ratajkowski 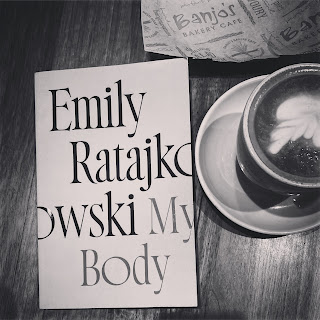 Model, actor, entrepreneur and influencer Emily Ratajkowski knows better than most about the perverse dynamics that exist within the film and fashion industries, and it was for this reason that I opted to pick up a copy of her memoir, My Body. And it is true. Ratajkowski does know better than most, and lifts the lid on the blatant sexism and objectification that she has been subject to.

The memoir soon takes a dark turn as the author describes a shocking instance of sexual assault on the set of a music video. From there we get a very real--and horrific--glimpse into the many, many ways that models can be treated, and taken advantage of. From no longer having ownership of intimate photographs, to sexual assault, the stories that the author tells of her experiences are so utterly horrific that I had to occasionally put the book down. Ratajkowski raises an important question of who truly has ownership of her body, and why so many people think they have the right to objectify it. And then there are her frustrations of being viewed as little more than a body when, like so many others on the planet, she has much to offer.

Ratajkowski's memoir and arguments are let down somewhat by an entirely narrow perspective, and a lack of consideration and empathy for other women. There is one early chapter where the author describes how, when she was an adolescent, her mother would make negative comments about the bodies of other teenage girls in public to her then teenage daughter, and this exists without any hint or suggestion of wrongdoing on the mother's part. Empowering? Only if you're the genetically blessed daughter of an outspoken women. Also, parts of the book feel very much like a desperate plea of "give me perks because I'm beautiful, but don't blame me for taking them."

I think this one would have worked better if it had been marketed as a straight memoir, rather than the promises made on the back cover of this being a book about body politics and female empowerment. Ratajkowski has a lot to say, and to contribute, but the perspective is much narrower than what is hinted at on the back cover.