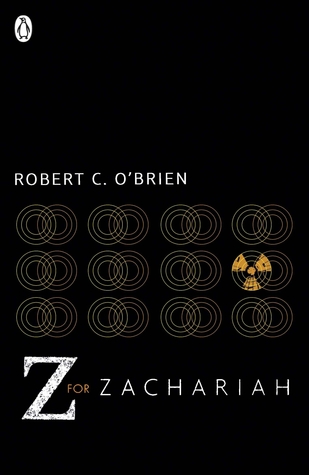 Started by the author and eventually completed by his wife and daughter based on his notes, Robert C O'Brien's final novel is a haunting meditation on the rivalry between nature and science. Ann Burden is living alone in a small valley for over a year, perhaps the only survivor of a nuclear war. She has just enough to get by and to live a peaceful existence. That is until Mr Loomis arrives in his radiation proof suit. What follows is a battle of wills between a terrified young woman and a man determined to control every aspect of the valley.

I first read this one in year ten of high school when it was set as a class text. The story has stayed with me ever since and I was surprised when I re-read it just how much I remembered--in particular Ann's exile to the cave and the deadly cat and mouse game that followed. Much of the narrative is haunting, but believable. Loomis is, by all accounts, the worst that humanity has to offer--boorish, bossy, dismissive of the things that bring Ann joy, controlling, an attempted rapist and, a thief. Ann, on the other hand is intelligent and capable, though her innocence leads her astray early on in the narrative, allowing her to believe in a possible wedding between herself and Mr Loomis. By the end of the novel of course, all innocence is lost, and it is clear why she makes the choice that she does.*

This one is entirely readable, written in an era when nuclear war was a very real threat.

*On that, I remember that one of the exercises we had in my year ten English class was to write an essay on what happened to Ann after she left the valley. I received an A for my suggestion that she travelled on foot, and utilised her local knowledge to find another valley, in spite of the fact that I had missed the obvious point, that the book is made up of diary entries. The very last chapter of the book is also Ann's very last diary entry, despite the fact that she had the diary with her when she left. The outlook was very bleak indeed for Ann Burden. My English teacher, Mr Apps, always did have a strange sense of humour. In fact, in the unlikely event that he is reading this, he is probably laughing right now.