Review: My Year of Rest and Relaxation by Ottessa Moshfegh 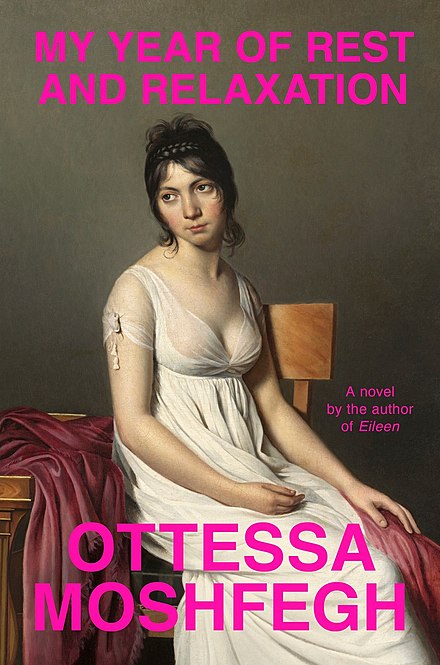 It is a crazy world, and the poor little rich girl at the centre of this novel would like to escape from it. No, not in that way, she just does not wish to do anything for a little while. With the aid of an extremely questionable physiologist, she doses herself up on pills that hinder her from having to interact with anyone. The plan is to do this for a year. The reality is something much darker.

This one is a black comedy about how a person can have all the material things in the world, but it will not make them happy. Through the unnamed narrator, we learn of the events that led her to this point--her parents who never truly saw or understood her, the self-centred older boyfriend who is in love with himself, not her, and Reva, the best friend who, though she envies her, is probably the nicest one of the lot and could probably do a lot better as far as friends go.

I cannot say I enjoyed this one, but much like the pills that are narrator takes, something about the novel is quite addictive. Maybe its some of the darker moments, and the showcasing of the worst of human behaviour. Maybe it is the fact that, despite everything, I held on to some hope that the narrator's situation would improve. Whatever it is, it certainly was addictive.

This is one of those novels that will ultimately divide readers--you'll either love it or you'll loathe it.