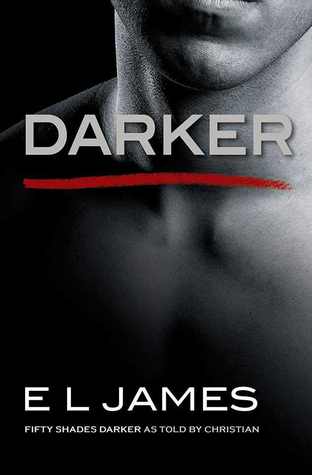 And then there were five. Darker is the newest book in the Fifty Shades series, and the second to be told from the perspective of Christian Grey, the perverse and psychologically damaged billionaire whose love for the innocent and wholly good Ana Steele may just be the one thing that saves him. This novel is essentially the same story as was told in Fifty Shades Darker, but told from the male's perspective. And while Christian Grey may not have any inner goddesses or surprising conscious subconscious's to deal with, he does have his problems, chiefly that he wants to be with Ana, and a couple of women are jealous of that and go to somewhat surprising and obsessive lengths to let him know that. The whole sexual violence and control element is there, though Christian is apparently happy enough to at least pretend to himself and others that he is having a normal relationship with Ana.

Although the author's writing has improved somewhat, the book itself was not up to much--I didn't feel that I gained anything terribly new or insightful from Christian's perspective. There are no new scenes, or adventures to be had, which seems to defeat the purpose of telling the story from another character. (For example, what if there had been more with his interactions with Leila, Elena and some of the other characters?) The whole thing came across as the author and publisher scraping the bottom of the barrel of what has been a terrible, though wholly successful, franchise.

For fans who cannot get enough of the series. Or people who buy books because they have a very buff man on the front cover.
Darker E.L. James