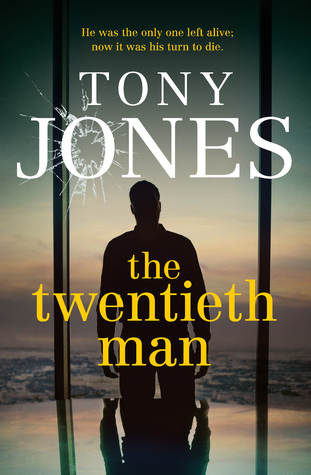 The Twentieth Man shines a light on a long forgotten terrorist attack--on 16 September 1972 two bombs were detonated outside at Yugoslav travel agencies. (Read more here.) Written and meticulously researched by ABC journalist Tony Jones (who readers of this blog might know best as host of Q&A,) the novel blends fact with fiction to tell a ripping story of Anna Rosen, a young radio journalist who might just have a very personal connection with the events, and Martin Katich, a reluctant revolutionary.

Given that the author is a journalist, it should come as no surprise to readers that this book is extremely well researched--the author evokes a very sense of the politics and attitudes of the time, i.e. a change in government, blatant sexism and the possibility that there was more going on behind the scenes at Canberra than what the public knew about. Fictionalised versions of real people make an appearance, including then Prime Minister Billy McMahon, Jones' colleague from the ABC George Negus and, in a surprising bit of comic relief, Paul Hogan. Although suspenseful at times, much of this novel feels very technical--sometimes the storytelling felt a bit lost in favour of getting facts and details absolutely spot on.

An interesting political thriller set against the backdrop of an almost forgotten event in Australian history. Recommended.