Review: Does My Head Look Big in This? by Randa Abdel-Fattah 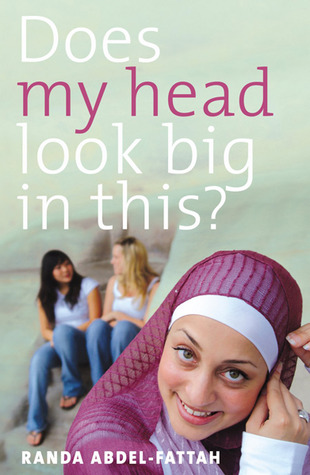 Sometime during the twelve years since Does My Head Look Big in This? was first published Randa Abdel-Fattah's YA novel about religion, high school and adolescence has become something of a modern Australian classic, remaining popular with adolescents alongside the far broader audience of adults who read young adult fiction. And the reason is no surprise--although religion lies at the heart of this novel, it also nails the difficulties faced by teenagers, whether their parents are kind and supporting, like Amal's or whether they are strict like Leila's mother. The central characters in this novel are Muslim, and the characters often find themselves in situations were they are faced with ignorance and many different stereotypes.

Set in Melbourne in 2002 the novel opens with Amal making the decision to be a full-timer. That is, to wear her hijab full time, instead of on special occasions. It is clear from the outset that this decision is hers and hers alone, but it does not come without some opposition--her parents, who feel that perhaps she is making this decision too soon or too hastily, and the principal at her private school, which is, a Christian school. Fortunately, both Amal's parents and the strict Mrs Walsh realise that Amal has chosen to wear the hijab for herself, and agree to support her. Over the next few months, Amal grows older and wiser as she faces a number of difficult situations--bullying from the school resident mean girl, a relationship that can never happen with a boy from her class, and the struggles of her best friend Leila, a young woman who hopes to study law, which is against the wishes of her strict and poorly educated mother, who keeps trying to marry Leila off, because she thinks that it is the proper religious thing to do. (For the record it isn't.)

This was an enjoyable read. My only criticism is that occasionally, the author appeared to try a little too hard to make Amal come across as friendly and likeable. Other than that, it's a realistic novel about adolescents that I think readers from a variety of backgrounds will be able to relate to and enjoy.

Does My Head Look Big In This Randa Abdel-Fattah