Review: South of Forgiveness by Thordis Elva and Tom Stranger 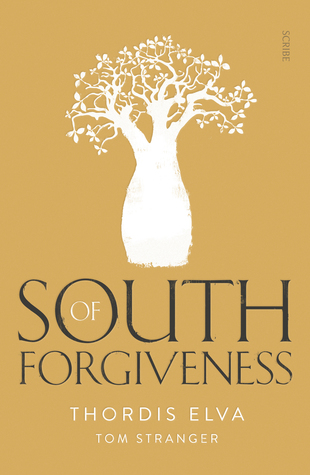 When I sat down to watch Q&A one evening recently, I found myself utterly bewildered by the choice of one of the panellists. The thought that immediately ran through my mind was, she's written a book about, WHAT? This was followed by other thoughts such as: Is this woman anywhere near as empowered as she thinks? What man put her up to this? Is this a sick joke? Is it even for real? After all, there is something that is immediately confronting about the idea of a survivor of sexual violence collaborating on a book about forgiveness with the perpetrator of that very crime.

I turned my thoughts off and listened Thordis Elva told her story--I believe that all stories of sexual violence should be listened to without judgement. Two days later, I was in the audience when Thordis and Tom spoke about their book at Adelaide Writers' Week. There was still much that I wanted to understand, so I did what I felt was the most honest thing that I could do--I walked to the bookshop tent, and I purchased a copy of South of Forgiveness.

South of Forgiveness, I discovered, was not a misery memoir, a real life crime novel or an instruction manuel for survivors and/or perpetrators of sexual violence. It was the story of two human beings whose lives were changed by a cruel and violent act and who, some years later, reconcile with themselves and each other about what happened that night, and who should have the burden of responsibility. It opens a discourse on sexual violence and responsibility, as does the TED talk that the authors did in November 2016.

That a perpetrator of sexual violence has the right to speak about his actions is something that, personally, I found quite troubling. In one sense, I understood the logic of speaking out--its a dramatic demonstration that seemingly ordinary people are capable of committing disgusting acts and that, perhaps, if we have those conversations it might pave a way forward to helping others make different choices. Tom's name appears in much smaller lettering on the front, and the FAQ page of the South of Forgiveness website notes that his share of the profits will go to a Women's shelter in Reykjavic.

This book was confronting for me to read, and I was left with a number of questions, most of which are not appropriate to share in this post.