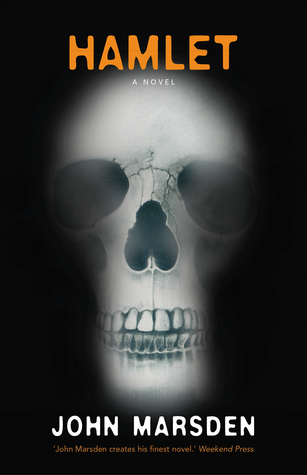 Shakespeare's Hamlet is given a very contemporary YA re-imagining by Australian author John Marsden in this occasionally creepy book of the same name. Marsden takes a common YA theme--honest teens battling against unfair and corrupt adults--and blends it seamlessly against the backdrop of a story about greed and madness. In this version, Hamlet is a teenager driven to madness by the need to avenge his father's murder, unsurprisingly, his mother and uncle/stepfather are controlling arseholes. Supporting characters Orphelia and Horatio are both in their teens and are written quite well, with themes of puberty woven into the plot.

This one was published in 2008, but I had no idea of it's existence until a friend found a copy and emailed me about it. Any new or previously unknown John Marsden title is always a pleasant surprise. While this one may not be one of his best (let's face it, the Tomorrow Series is awfully difficult to beat,) it is an interesting quirky read in it's own right and was well worth my time.