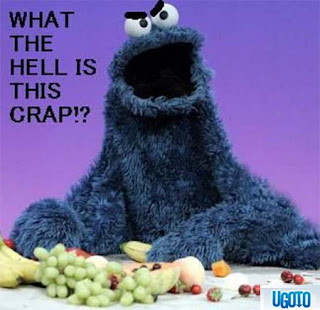 Trip to my local suburban bookstore this weekend. Now, being an Adelaide girl, my local bookstore is actually located quite some distance from my house, but that is a sad reflection of the time and era I live in. For the past four or so years, no bookstore has existed within the confines of my local shopping centre, meaning that I have to bus it to another, much larger shopping centre in order to experience a visit to a real, bricks and mortar bookstore. (Or cement with plaster inside walls, as the case is.) Anyway, the trip itself was a bit of a disappointment. I was hoping to find a copy of the new Virginia Andrews novel Daughter of Light so that I could read it, get mad at the crappy writing and then review it. The store had plenty of other Virginia Andrews novels in stock, including a pretty awesome looking edition of Petals on the Wind with an updated cover but, alas, there were no copies of Daughter of Light to be found anywhere. In fact, there wasn't anything else there that really caught my eye (or perhaps my imagination,) either. What I did notice was that finally, after many months, copies of Fifty Shades of Grey and its two sequels had finally been pulled from the shelves at the front of the store. Instead, now lies a new section, directly beside Paranormal Romance and Romance titled Contemporary Erotica. In this section, I found all the titles I expected such as the Fifty Shades triology, the Avalon trilogy, the Crossfire Novels and other assorted novels and trilogies that each basically told the story of weak willed woman who get off by being repeatedly sexually abused by older, richer and narcissistic control freaks. I even spied a copy of Story of O with an updated cover. And yet again, I found myself feeling slightly ill and pissed off that this crap, which has so little to offer readers, is getting so much attention. And yet again, I found myself asking the question, why? Why the hell is this shit so popular. Okay, I actually understand why plenty of women read Fifty Shades. It was new, daring and kinky as all hell. There was a dark, forbidden element in it--here is a tale of a young virgin seduced into the world of BDSM by a wealthy, older billionaire. And then there was the fact that suddenly, everyone was talking about this book. If you wanted to know what all the fuss was about, you'd better get your reading glasses on. But be prepared. This was a dark tale ...

What readers got was a book that was ridiculously easy to read, poor written and somewhat suspenseful, with an unbelievable love story to counter the dark elements. Easy to read, romantic and suspenseful is a good mix, particularly for anyone who does not read often. I have written in previous posts what I think about the whole contemporary erotica phenomenon (click here to read more,) and in all honesty, I think that the appeal of Fifty Shades isn't really all that different to what drew younger readers to Twilight and its sequels. Most probably won't stick with the genre and those who do will move on to bigger and better books. And you know, just because you read about something doesn't mean that you're going to try it. (As a long time Virginia Andrews fan, I can vouch for that.)

More pleasing was the range of non-fiction that I encountered in store. I spent ages pouring over Dr Karl's latest book (yeah, clever marketing Dr Karl titling the book Fifty Shades of Grey Matter.) Then there were cookbooks and travel guides to be browsed (not that I ever get that excited about cooking or travel in real life, but it is nice to look at the glossy photographs,) and self-help relationship guides that seemed about as trustworthy as a lot of the internet advice about dating I found recently. (You can read that post here.)

An interesting enough trip to the bookstore, but not enough to inspire me to actually buy something. Mmm, don't you hate that?
Daughter of Light Dr Karl Fifty Shades of Grey Virginia Andrews

The Readdicts said…
Yes! It is disappointing when you leave a bookstore empty handed. But I just love spending time browsing books! Thanks for sharing your experience. Great article! :D

Kathryn White said…
Thank you! Hopefully my next trip to the bookstore will be more successful.
19 November 2012 at 19:45