July 16, 2012
On the stats page of this blog, I can see the search keywords that people use on the net that eventually directs them to this blog. Unsurprisingly, the most popular search keywords are:

It's all nice and reflective of the type of books that I review and what is currently popular. However, more surprising are some of the other search keywords that pop up from time to time. Here are some of the stranger ones. 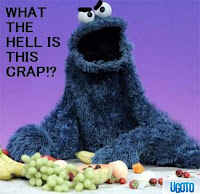 Apparently, the fact that Ana Steele has pubic hair in the first two installments in the Fifty Shades trilogy has been much cause for concern and debate among some of the younger fans of the books. This makes some degree of sense, as younger fans of the series are more likely to be influenced by fashion and consider paying someone to pour hot wax on their genitals and then pull their hair out to be the correct and normal thing for all women to do. And that anyone who does not participate in such a ritual is ugly and gross. Well, young ladies, here is a few words of wisdom from your Auntie Kathryn, written in a way that you might understand. Christian Grey thought that Ana was beautiful. He did not mind that she had pubic hair, or that she did not look like a porn star or a supermodel. He did not care that she did post pictures of her breasts on her MySpace page, or that she didn't make duck faces in front of the bathroom mirror. You see, Christian thought that Ana was just beautiful as she was. He did not find her pubic hair gross at all. In fact, Christian even had pubic hair himself.

I'm guessing this refers to a series of comics where Calvin's house is burgled and Hobbes goes missing. It's a wonder series of strips. So wonderful that I don't want to spoil the ending.

Andrew Neiderman, is that you?

Okay. I confess. I wrote a novelty blog post about the lovely Miss Mary Anne Spier from the Babysitters Club that contained a few silly and suggestive jokes. It never occurred to me that people might come here wondering when and where she lost her virginity. The answer is this. The Babysitters Club is a children's series. Puberty is never talked about at all, apart from the occasional mention of a bra strap. The thirteen year old protagonists never have periods and their dates never go further than holding hands or a quick peck on the cheek--which is about all their target audience of ten year olds is ready to read about. There is no sex in Stoneybrook. Ever.