Tragically Forgotten: How Some of the Worst Events of the Twentieth Century Remain Unknown 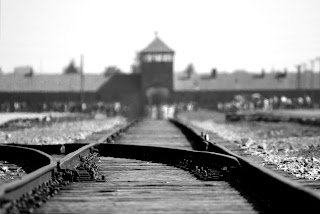 Here's a strange fact. There are people out there who have never heard of the Holocaust. (Read more here.) It seems bizarre that someone could not know of the one of the biggest and most horrific events to occur during the twentieth century, but sometimes these things happen. Or, at least they happen to other people. People like me can safely blame a combination of lousy parenting, general ignorance and a poor education. Or I can go a step further and use my 'superior' knowledge to question the sources and the biases of those who conducted the survey and whether or not the publication who reported it has sensationalised the article at all.

Or, if I want a truly deeper understanding of how these things occur, I can turn and look within myself. Here's a bizarre fact: Until I was eighteen years old, I had never heard of the Chernobyl Nuclear Accident. And no, this wasn't due to some radical Soviet cover up. It was, if anything, a strange reflection of the times where, during the course of my schooling, the curriculum tended to focus heavily on the collapse of the Soviet Union and the nations who, one by one were gaining independence. Unsurprisingly, after I learned about the tragic events at Chernobyl, a number of jokes on The Simpsons made a lot more sense.

Unfortunately, it is a big world we live in and often many tragic events occur, only to soon be forgotten. I was reading Yellow Notebook by Helen Garner recently, a book made up of diary entries written by the beloved Australian author recently when I stumbled on a short paragraph (on page 43 to be exact,) detailing a terrible motoring accident that had occurred in France in 1982. The event described sounded so horrible [[[trigger warning: no seriously, this is pretty awful and if you don't want to be horrified and then sad for the rest of the day stop reading now]]] where forty-four children were killed on their way to a summer camp when the two buses carrying them collided with several other vehicles. Petrol spilled from one of the vehicles and a spark caused a huge fire. Most of the children were only able to be identified through a careful checking of who had boarded the bus and matching them against the names of survivors. It remains the worst motoring accident in French history. Despite this, there are very few resources available in English that detail the event. (If you really want to know more, here is the Wikipedia article.) It is, I suppose, one those things that is simply too horrible to talk about.

And that perhaps in that lies the answer of why things are forgotten. We don't want to spend our lives thinking about the events that have happened to scores of other people. Not only are they tragic in their own right, but it can remind us of our own vulnerabilities and how the same thing could easily happen to us. No one wants to be a newspaper headline, the person who just happened to be in the wrong place at the wrong time. And perhaps these things are circular and it comes back to that we cannot stand to see others in the same, vulnerable position.