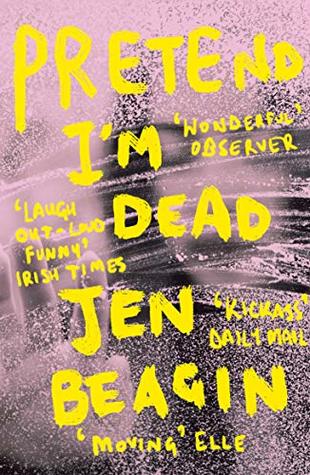 Mona is twenty-three years old, somewhat aloof with her emotions and is working as a cleaner because she loves the repetition of vacuuming. At her volunteer job at a needle exchange she meets--and hooks up with--Mr Disgusting, a middle aged drug addict who breaks her heart. This serves as a catalyst for her to travel to New Mexico where she seeks a fresh start but instead finds herself fighting the demons in her past amidst some dysfunctional people.

I did not enjoy this book. Granted, it is well written and delivers on everything that the blurb promises. It is a twisted novel about a twisted person and it might just give us a greater insight into human nature due to the fact that it doesn't pull any punches. My problem with it is that despite the claims that the book is laugh out loud funny, it isn't, unless you really get belly laughs instead of the odd smirk out of reading about the worst that could happen.

Or maybe it is just me. In the past few months I have read several black comedies, about emotionally adrift young women, written by female authors, that are hailed as works that are fresh, daring and innovative. (Baby by Annaleese Joschams, My Year of Rest and Relaxation by Ottessa Moshfegh, The Mars Room by Rachel Kushner. And if you want to go back a couple of years, I could add We Ate the Road Like Vultures by Lynnette Lounsbury and The First Bad Man by Miranda July to that list.) And the reality is, it isn't. Each book shares the same quality of being able to showcase what mental illness, selfishness and a lack of nurturing can do to a person. These may not necessarily be bad things, but stop calling them new when they are almost the same as the last supposedly new and daring release. It's practically a its own genre.

But, as I said, maybe that is just me. Maybe I read it too soon after some of those other titles. Maybe I wasn't in the right mood for it.

Or maybe I find it entirely fitting that the novel has a respectable 3.59 over on Goodreads.
Jen Beagan Pretend I'm Dead