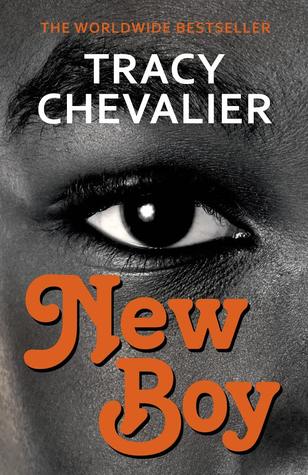 Shakespeare's Othello gets a surprising but clever update in New Boy, a story set in an elementary school in Washington DC in the 1970s. Dee is a nice girl, popular with her peers and a bit of a teacher's pet. One morning, however, everything changes for the kids in the sixth grade when Osei, the son of a diplomat from Ghana arrives at the school. Dee is tasked with showing the new boy around, but their newfound friendship soon inspires the jealousy of everyone around them, particularly her friends Mimi and Blanca, and Ian, the manipulative school bully. As Ian twists and turns the situation to his advantage is soon becomes clear that nothing and no one at this school will ever be the same by the end of the day.

I thoroughly enjoyed this one, despite the depressing subject manner and fact that the story moved steadily toward a tragic outcome. The author cleverly reworks many elements from Shakepeare's original and puts them in a setting that is totally believable for a 1970s elementary school--the handkerchief that featured so prominently in the original becomes a pencil case, while the combination of schoolyard politics and characters who are on the cusp of puberty and experiencing their first crushes add to the tension. Osei himself is an interesting character, an intelligent kid who has lived in several different countries, and speaks different languages but is treated as inferior by his teachers and his peers based purely on his race.

Ultimately, this one is a compelling read that is sure to be studied with interest by fans of the original and anyone who is familiar with schoolyard politics.