Review: My Name is Not Peaseblossom by Jackie French 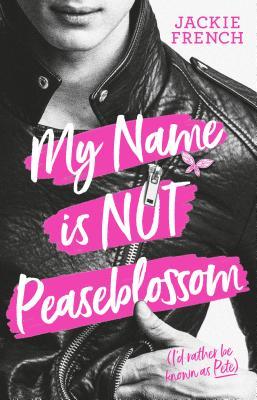 Shakespeare's A Midsummer Night's Dream gets a surprising makeover that features fairies, vampires, Amazons and even a very desirable pizza making selkie in My Name is Not Peaseblossum, the latest novel from Australian author Jackie French. Peaseblossom, has spent his life obeying Queen Tatania and playing his part in her many schemes. A visit to a pizza bar in contemporary Australia, where he meets Gaela, a selkie who makes pizza and is engaged to a vampire soon has him questioning and changing his views. Could it be that Peaseblossom would much rather be known as Pete and that he'd rather be eating pizza?

The concept of this one is quite brilliant, taking both a minor character from Shakespeare's play and it's major theme of powerful people interfering in the lives of others of the most trivial of reasons, but at its heart, it's a story for kids in their early teens and the whole thing gets quite tiring early on. I don't want to be too hard on this one--it's a great novel for its target audience and the themes of identity and peer pressure will undoubtably speak to many people in its intended audience. On a personal level, it wasn't such a hit. Then again, A Midsummer Night's Dream was never my favourite of Shakespeare's plays, either.