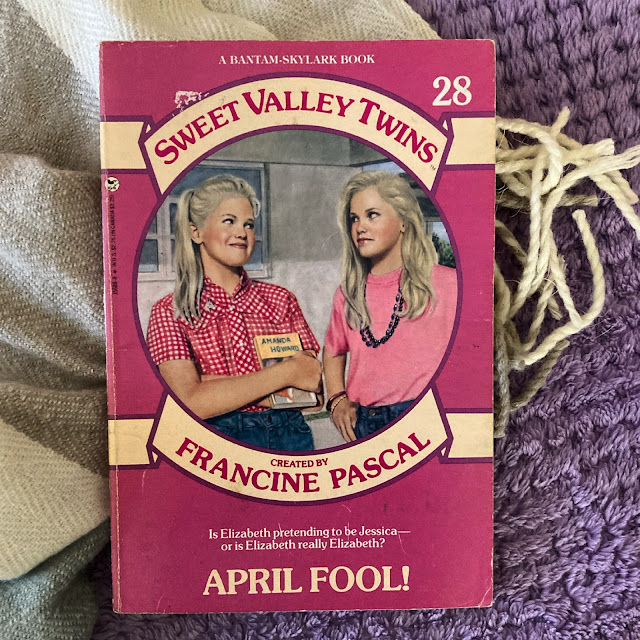 Sweet Valley Twins #28
April Fool
After Sweet Valley High came ... Sweet Valley Twins. This series debuted in August 1986 the same month as its biggest literary rival, The Baby-Sitters Club. While the BSC would go on to set the benchmark for wholesome, feminist fiction for pre-teens, Sweet Valley Twins took the soap like shenanigans of Sweet Valley High and make it suitable for kids. In this series, Jessica, Elizabeth and their friends were twelve years old and in their first year of middle school. Many popular characters from the Sweet Valley High series appeared in this one, including Lila Fowler, Bruce Patman, Lois Waller, Todd Wilkins and Winston Egbert. (Just to name a few.) Anyway, this series has a focus on fun, shock value, lots of gossip and the occasional adventure. Oh, and Jessica is a part of a snobby clique called the Unicorn Club who are pivotal to the series, so much so that they eventually got their own spin-off series.
Random Sweet Valley Pic