Review: With My Body by Nikki Gemmell 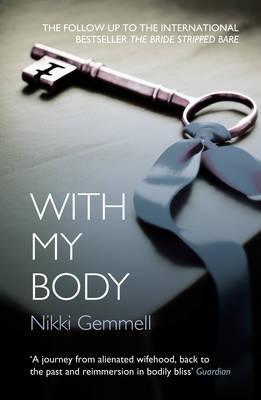 With My Body is a beautifully written novel by one of Australia's finest female literary writers. Opening with an unnamed, married woman in her early forties, the narrative moves seamlessly back in time to tell the story of the woman's sexual awakening--one that happened far too soon--and the effect that this has on her adult life, until a surprising revelation helps her to find closure, and helps her body to find reawakening--on her own terms.

Although many readers may be put off by--what appears to be on the surface--a taboo subject, Gemmell handles this controversial matter well, depicting a story of a young woman who has little parental supervision and guidance who is easily and willingly seduced by a man who sometimes seems conflicted about the rights and wrongs of what he is doing. The question of who Tol really is looms throughout the narrative and the answers, while not entirely comfortable, are at least answered by the end of the novel. He is also contrasted against a man whose attempts at seduction--though sadly realistic--are disgusting. The ending also offers some closure and answers to a difficult relationship between father and daughter and also that between a stepdaughter and her cruel and hated stepmother.

Although the writing is sensual, and sex is the main topic, I would be reluctant to describe With My Body as flat out erotica (I'd be disappointed in anyone who described it as a smutty book,) and would instead define it as Literary Fiction, or possibly even Transgressive Fiction. As a story that explains what motivates some people to make the choices that they do, I found it was told well and with a considerable amount of empathy.

Highly recommended, but not for the easily offended.
Nikki Gemmell With My Body